Mahmoud Kassem Shakarchi, the founder of the group that still bears his name, knew the only way he could build a successful business in his chosen field was to establish a good reputation, relying on trusted relationships, honest transactions and respectful dealings. 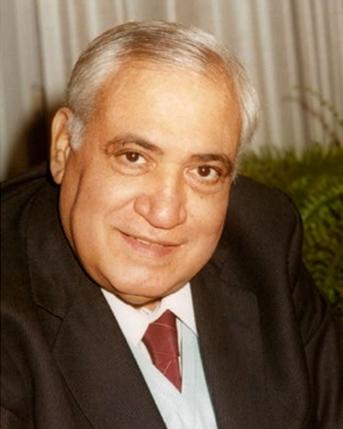 
The MKS PAMP GROUP is today the embodiment of a successful and respected Swiss company, however its origins were much more modest. One of the earliest memories of Mahmoud Kassem Shakarchi was of his mother finding gold coins in the earth while his parents were digging foundations for a building. He was struck by the excitement but little did he know then, as a young boy in Northern Iraq, how this glinting metal would shape his family’s future.

Mahmoud struck out to Istanbul at the age of 23 to work in sheep trading, where his outstanding mathematical, business and memory skills were noticed. He then moved to Beirut in 1948 where he established a foreign exchange and gold-trading business at the centre of what was then a major trading hub of the Middle East. It was not long before his influence on the region’s financial scene became preeminent. In 1975 the Lebanese civil war erupted, making the country increasingly dangerous and Mahmoud decided to move to Switzerland the following year.


In 1979 Mahmoud Kassem Shakarchi founded MKS (Switzerland) SA in Geneva. From there he established a close relationship with PAMP (Produits Artistiques Métaux Précieux), an innovative Swiss manufacturing plant of small minted gold bars, that he successfully traded throughout the Middle East.

Fuelled by strong demand, PAMP Switzerland expanded, and in 1981 Mahmoud purchased a majority shareholding, which was later extended and turned PAMP into the unique refinery it is today. Under his guidance, MKS and PAMP grew to become two of the most respected suppliers of precious metals products and services worldwide.

All products and services marketed by the group companies are marked by the fundamental attachment to traditional stringent Swiss quality standards and business acumen. The MKS PAMP GROUP is built on these core principles, which live through all employees and operations.

Reputation, hard work, trust and respect allowed Mahmoud to build on his humble beginnings. He instilled the value of honesty in his organization and family, a heritage that is still nurtured today and passed on to the new generations. 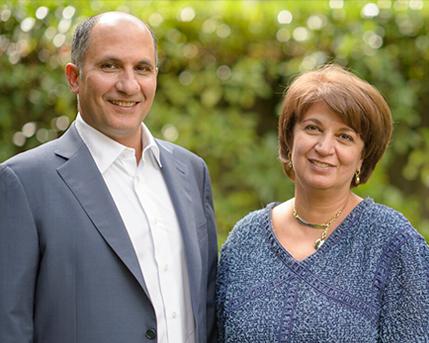 
When Mahmoud passed away in 1983, his daughter Karma and his son Marwan took over the family business, with the help of key individuals who still remain with the group today. One of the first decisions the brother and sister made was to set the Swiss group on a clear mission to become the leading precious metals group in the world.
Building on the family heritage of trading, finance and money markets experience, the brother and sister took the Swiss group to the next level. Karma took over responsibility as treasurer and risk manager while Marwan headed up trading and marketing.

Since their early days in business, sharing a big double desk, the siblings have identified new markets and opened new subsidiaries to grow the Swiss group into an international operation. They have relentlessly sought the right individuals to join their team and develop new market opportunities.

MKS PAMP GROUP organically expanded by opening several offices around the world, always keeping precious metals at the centre of its activities. Each new venture was driven by the combination of a specific market opportunity and attracting key individuals. Finding and trusting people who deeply share the group’s values and are as dedicated to it as the family itself, remains a permanent endeavour and the key to the new generation’s success. As Marwan and Karma say “we have always opened new operations because of the people”.

The Group first expanded eastward and into Asia, capitalising on the promising development of local precious metals markets and trading. In 1998 the first overseas office was established in Australia and many other offices have since then opened in the region.

The only external acquisition was that of MTB (Manfra, Tordella & Brookes) in 2001. Based in New York, MTB is one of North America’s most important coin and bullion distributors and completed the MKS PAMP GROUP’s coins and small bars offering in that key market. The industrial side of the group grew as well with the establishment of MMTC-PAMP a state-of-the-art refinery in India in 2008, an unprecedented joint venture with the local government.

Currently, the MKS PAMP GROUP has over 700 employees in 15 offices strategically located in the leading precious metals markets. Today, the group is the most accredited multi-channel, precious metals operation in the world. It is perhaps these accomplishments that most distinctly bear out Mahmoud Shakarchi’s legacy.

A long heritage and strong family spirit, decades of market experience and shared knowledge, dedicated people, “Swissness” and a constant care for the founder’s legacy and reputation are the biggest assets of the MKS PAMP GROUP.